We fell asleep under quiet trees and woke up to the sound of strong winds blowing through them. And also the rumble of thunder.

The thunder turned out to be a fluke isolated storm that passed just miles north of us, but the wind was with us all day.

We pushed against it for a few hours to Enderlin where we stopped for lunch. We ordered too much food and left Enderlin bloated but motivated to ride.

The wind speed picked up as the day continued as our overall energy levels dropped off. After a 30-mile push into 25 mph shoulder winds from the southeast, we turned north for six beautiful, lovely, far-too-short miles.

Then it was into the wind again for 5. Respite north for 2. Just as we turned east for another 5-mile stretch of pain, the cable connecting Richard’s right shifter to his rear derailleur snapped.

He collected all the cable parts and set the limiting screws on the derailleur as far as they would go. That locked his rear gear rings into one gear. He still had the two large rings in front, but what was minutes earlier a 20-speed bike was now down to two speeds.

Well, I guess that will happen after 10,000 miles without replacing your cables.

Into the wind we went. We still had about 20 miles to cover, fortunately only five more were against the wind.

I pulled as hard as I could and let Richard sit in the draft. When we turned north for the final time, the riding was so easy, gears barely mattered.

We got to our hotel in Fargo, showered, ate and now I’m laundering our clothes.

Tomorrow’s a zero (and bike repair!). 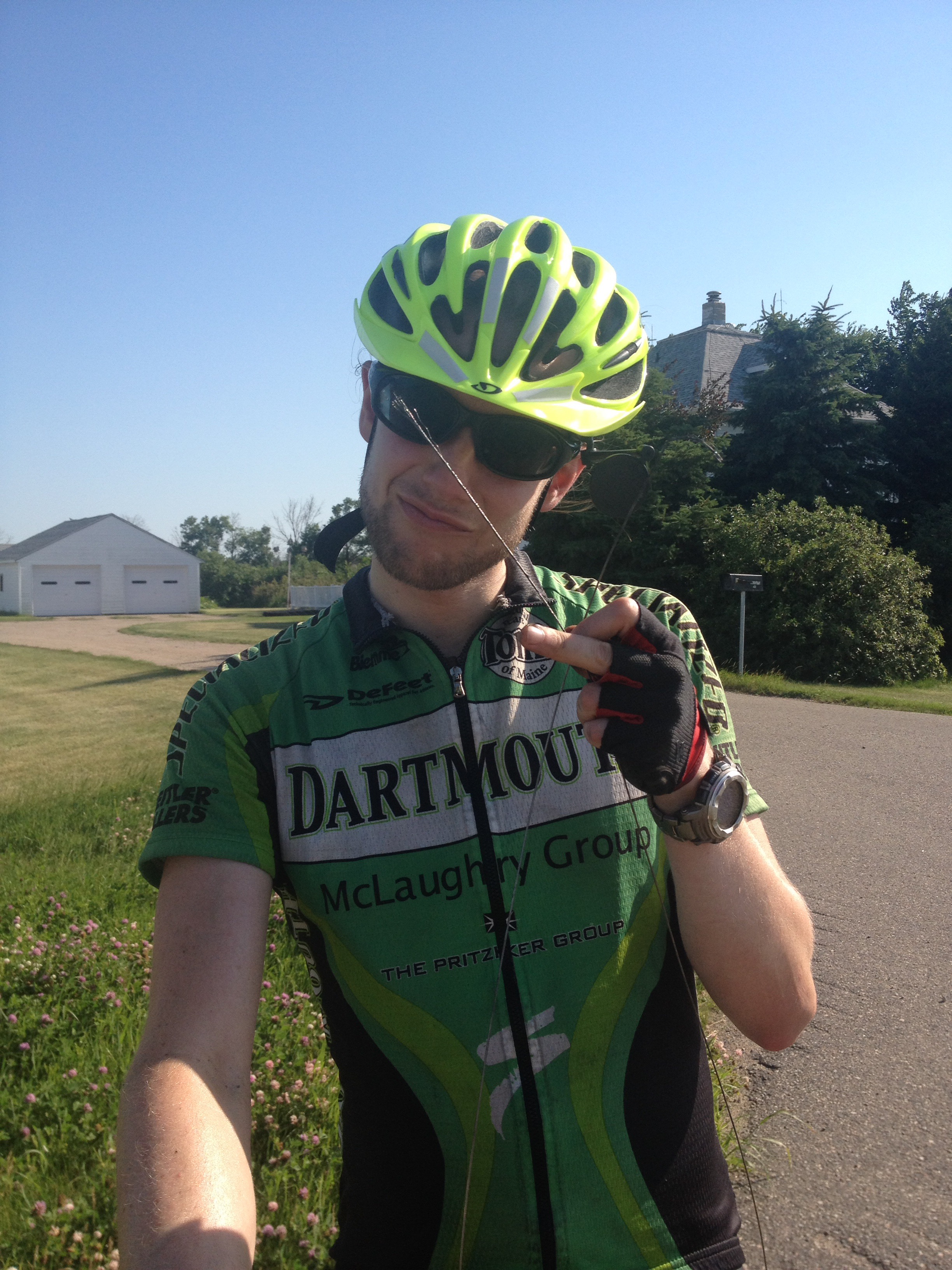