Richard had to spend a couple of hours in the middle of the night treating a patient that was staying in the medical building overnight before they could be evacuated. Then, he got up super early to go back in and relieve the Navy doctor who had stayed with the patient overnight.

So, I showed myself around.

I woke up to Richard’s alarm at 6:40 a.m., read a little, checked the weather and then took myself on a wandering tour.

When I got to McMurdo the day before, I was in the high 30s and SUNNY.

Today was around 17 degrees with the wind chill and partly cloudy. The station has its own weather channel and I saw that a weather system will be moving in later in the week.

I walked around until I got cold and then went back inside to eat and get ready for work.

Everyone here works the equivalent to 10-hour shifts, six days a week. Some shifts are different depending on the job.

I reported to the dishroom at 10 a.m. We had an hour until lunch started, so everyone was prepping for that.

I spent the morning shadowing a few different ladies. Everyone is very nice and helpful.

By the end of the day, you’ve had so much time to learn about everyone that friendships form quickly. Although, most of the people here have already been working together for months, so it’s also a bit like being the new kid at school.

McMurdo definitely feels like college to me. You live in dorms, share bathrooms, eat in a cafeteria and walk everywhere.

The work in the galley is a lot like restaurant work. Cleaning, straightening, serving.

It’s loud, but not too smelly. There is a certain pressure to provide everyone on base with what may be their only comfort for the day. And most people are duly respectful of the work it takes to feed them.

It was a long day of trying to memorize lots of details.

And, of course, as soon as I finished work, Richard whisked me off to Scott Base for a walk through the pressure ridges.

These ridges form where the sea ice collides with the shore and gets smashed into itself. Access to the ridges may not be around for much longer as the sea ice is melting away from shore this late in the season. The danger of sea ice is getting to it. Once you’re out on it, it’s relatively stable and strong. But along the shoreline, things break up and get thin.

The pressure ridges were beautiful and it was nice to feel the remoteness of Antarctica for a moment. It’s hard to do that being inside all day.

We saw four or five seals. According to the Antarctica Treaty, harassing any wildlife is a federal offense. The rule is, do not get close enough to an animal to cause it to alter its behavior.

Well, some of these seals don’t care about humans. They are just there to enjoy the sun and take a nap. Of course, we didn’t get too close, but we were certainly able to see the coloring changes of their pelts and hear them “bark.” Although, I thought it sounded more like a dog when it whines.

The only bird here is called a skua. It is a large seagull-type bird that is very attracted to human food. All food waste must be stored in skua-safe bins. They also warn against walking outside with food in your hands. The skuas will see it, try to startle you into dropping it and steal it. Or, they’ll just take it out of your hands.

After the pressure ridges, we came back to base and had some of the 24-hour pizza.

Then came a hard-won sleep. 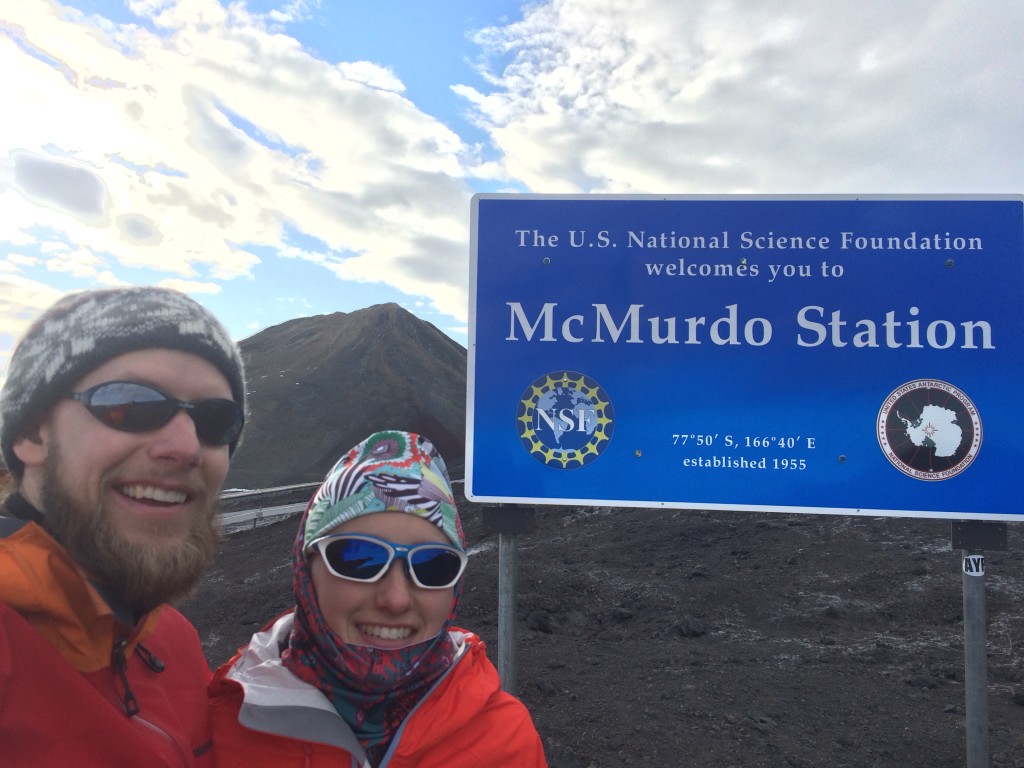