We lost an hour coming into Escanaba last night (and the eastern time zone), so when we slept in until 8:40, it’s because our bodies thought it was 7:40…or something like that.

We went to breakfast, which was nice and part of the cost of the room, but was lacking in volume. So, we went back to the room and each ate 600 more calories of Ramon noodles.

We left the hotel around 11 a.m. and enjoyed the cooler temperatures. Although, it didn’t last and soon we were hot and under full sun.

We had lunch around 4 p.m. at a grocery store. It was raspberries, potato chips and a whole box of cookie and ice cream sandwiches. That’s the thing about grocery stores versus convenience stores: you can’t buy just one; you have to get the whole box.

At one point, we were biking on a shoulder that had wildflowers growing over the pavement. Richard was ahead of me picking flowers and tossing them over his shoulder at me. In retaliation, I picked some flowers and threw them forward at him.

It was a slow-speed crash, but a crash nevertheless.

Richard came over and asked if I was okay. I laid there holding my crotch since I had just slammed it against the top tube of my bike. “Saddle injury,” he called it.

My crotch and I recovered quickly and other than a couple small cuts from the big chain ring and falling into the thick grasses, I’m fine. My front wheel was knocked out of alignment with my handlebars when I went down. Richard fixed it while I sat still trying to take inventory of any other injuries. Nothing really registered, so we kept moving.

Tonight we’re camped right on Lake Michigan. We can see four different firework displays from the rocks on the shoreline. They’re far away, but it’s still pretty cool.

The breeze off the lake is a bit chilly, so I am glad for my cozy sleeping bag tonight. 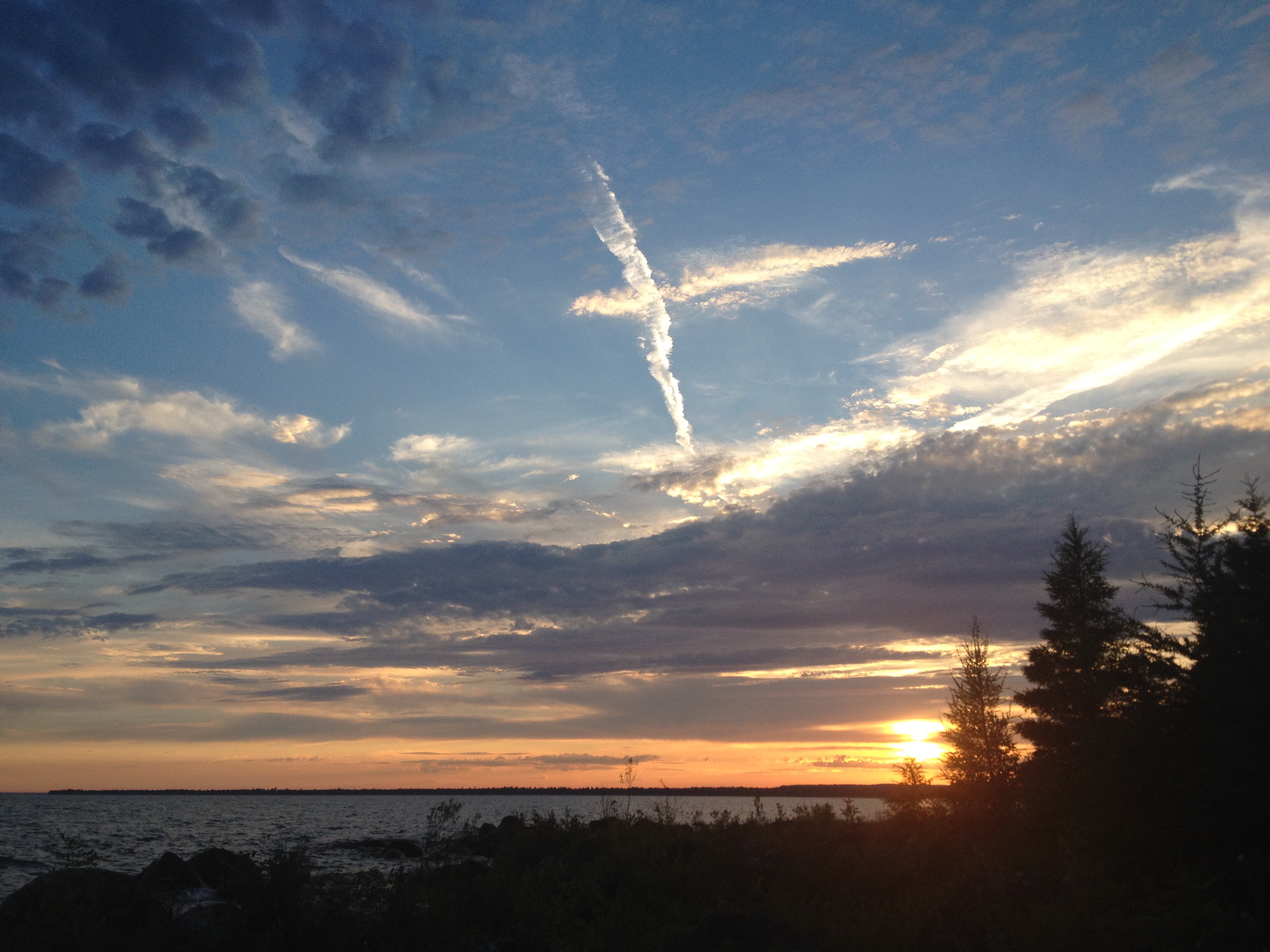