Does it count as a bike crash if you’re not on the bike and the bike is still in pieces in a box?

The day had barely begun. We were walking with our bike boxes from the car to the shuttle bus stop. I tripped over my shoes and landed on the bike box which landed on the food bag. The impact opened the bag of chips I had in the bag.

Given my obvious embarrassment and that I didn’t have much time to be embarrassed, I didn’t notice my injuries, though mild, for another hour or so. My right wrist swelled slightly and I’m hoping for a bruise to go with it. My right ankle got tweeted a bit, but that pain went away by the time we got off the plane in Seattle. Oh, well.

The important thing is we — and our bikes — made it to Seattle.

We spent an hour or so rebuilding them by baggage claim carosel number 4. The TSA had opened both boxes and checked through everything I had wrapped to keep them clean of bike grease. At least they put it all back in and closed the boxes well enough. (Doesn’t always happen, TSA.)

It was sunny and 75 degrees at 2:30 when we rolled out of Sea-Tac. We pedaled 14 miles to the ferry terminal and got there just in time for the 4:20 boat to Bremerton, WA on the Olympic Peninsula. At 5:30 p.m. we were headed north headed for however far we could get by dark.

Right now we’re camped under some towering pines listening to the strong Pacific wind blow through them. We have another 50+ miles to the official start of our ride, but we’ll get there tomorrow sometime.

We have a fine –if warm — weather forecast, so I’ll take it. 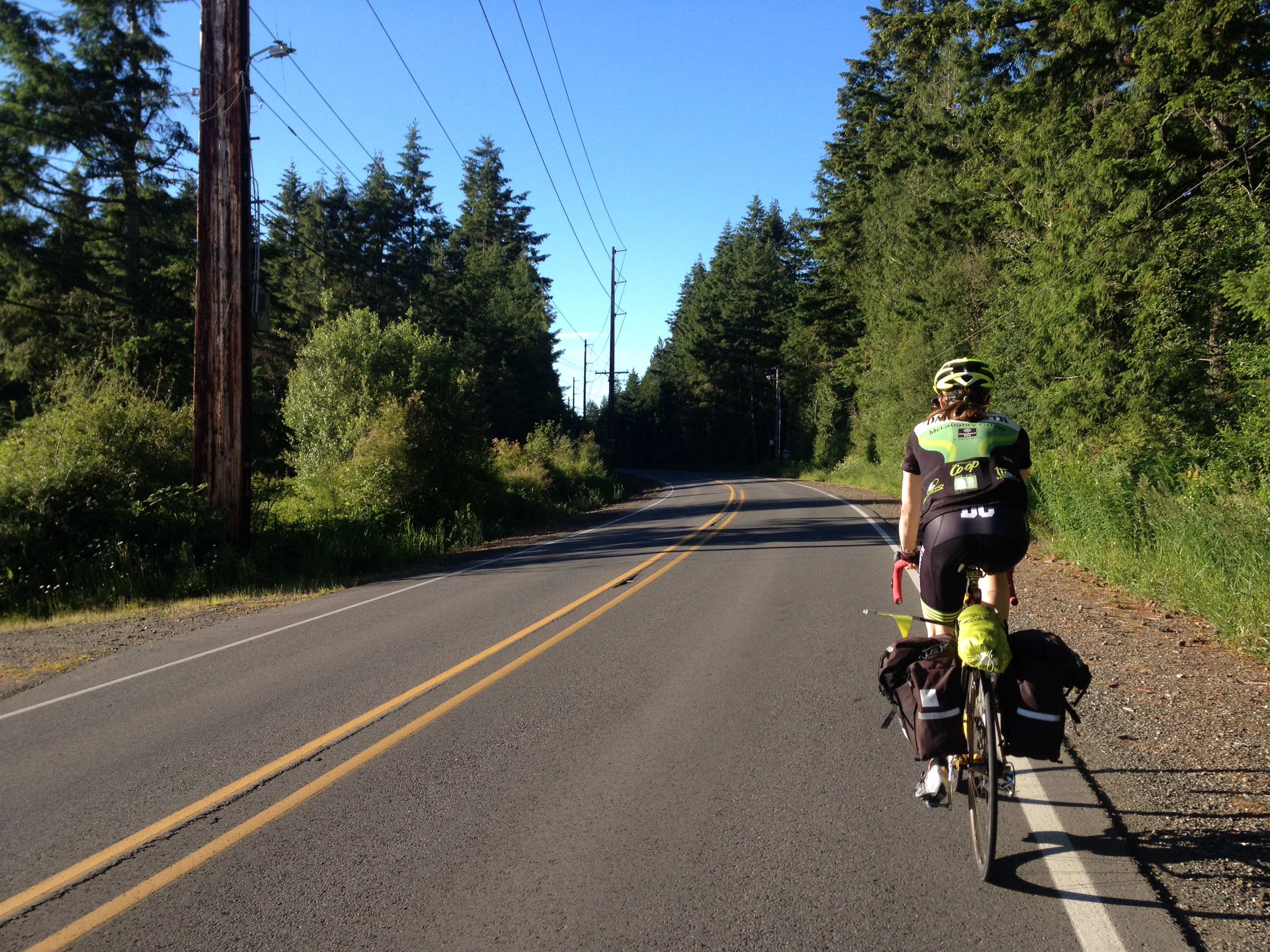