In order to hike with the least amount of water possible between sources, we decided to try to cover all 30 miles in one day. We knew it was possible, would certainly take all day and would be pretty painful.

We got up around 5 a.m., packed up slowly and set off from the water source, which was two miles off the trail — thanks, desert! Between us we carried nine liters of water.

The day started cold, as they tend to do in the desert. But this time, it took a while for the sun to really warm things. I left my gloves, ear cover, pants and arm warmers on for about seven miles. The incessant wind kept things cool.

We had to keep stopping to get the sand out of our shoes. Richard’s are just woven really loosely and mine have holes in the uppers, so it’s like a sand box in there. I can’t wait for dirt!

We had one big climb for the day, which we hit around 11 a.m. It was exposed and long but when we got to the top, it nearly felt like we’d left the desert on the south side of the ridge. There were trees and grass and wild flowers everywhere. And we got our first views of the Sierras. 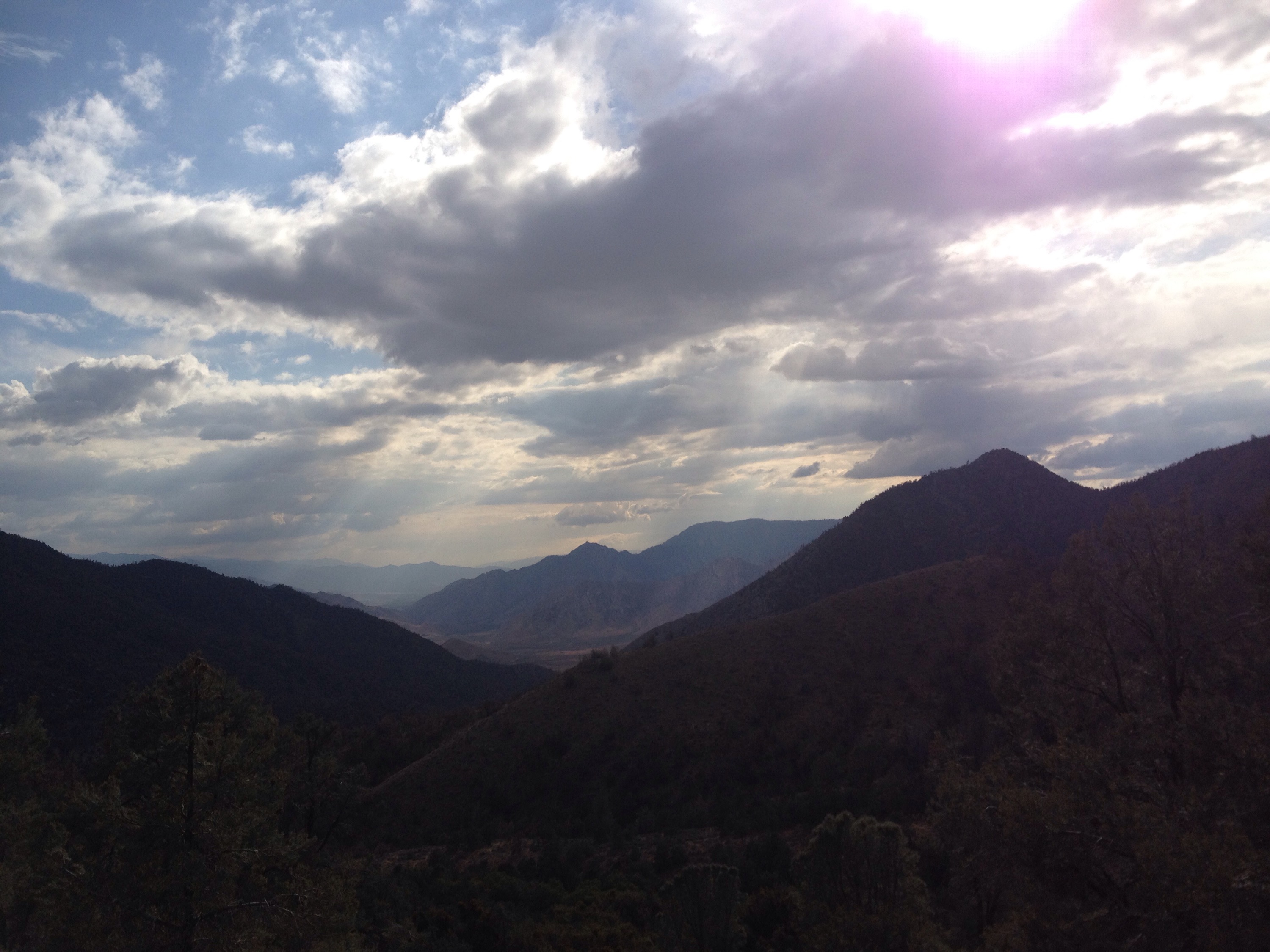 We took a break part way down and tried in vain to get Internet service. I really needed to order new shoes to Kennedy Meadows. Before we finished the Sierras mine would be four hundred miles too old and as they were already starting to be painful, I was nervous about putting more miles on them. For cheap shoes, they’d lasted almost 500 miles. Good enough for retirement.

I tried all day to get internet access, but it was a no go. Without new shoes, I would have to be living on ibuprofen to make it through the miles.

By mile 20, I really slowed down. My feet were sore but also my general energy level was down. I tried to keep eating but the trail just seemed to keep going up hill all the time.

Around 6 p.m. we finally got a downhill. We dropped over 1,000 feet in five miles, which isn’t steep, but was steady. We could see the road we were going to hit most of the time, which just makes the descent seem longer.

When we were less than a mile from the campsite, it came into view. I had read that trail angels often set up at this spot during hiker season. And I was thrilled to see they were there.

A lovely former hiker named Twinkle Toes made us soup and offered us access to any calories we could find in the five coolers set up.

We ate for about an hour and then crashed hard. Despite sore feet and worn muscles we slept very well.

One thought on “30 miles for water”